Year:
1985
Adress:
Pier 39 Concourse
Website:
Website
Aspects of this artwork
In many ways the work Lusvorming Object by Otto Heuvelink (Amsterdam, see picture 1, more information) is similar to Skygate Robert Barr. This work, however, is rougher finish. The line is not always in tension. The work refers to the wind, the sails, the waves and thus to the underlying port.
By Theo, www.artatsite.com 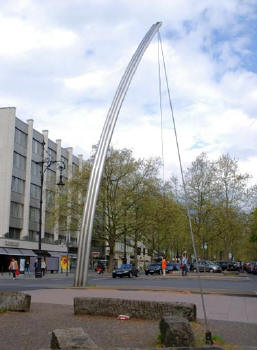 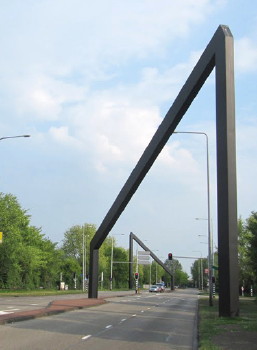 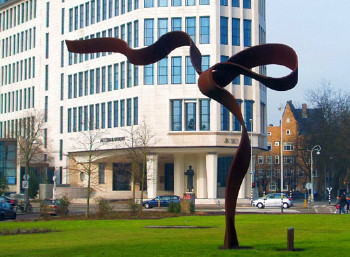 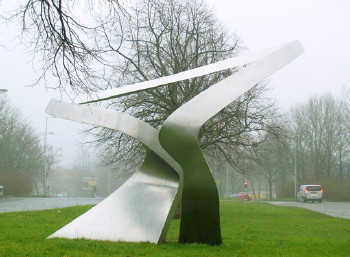 Picture 4
www.sfgate.com:
Roger Barr, a prominent sculptor among whose works is"Skygate, " the first piece of public art along San Francisco's Embarcadero, died Friday in a hospital in Joshua Tree from complications of diabetes.
Mr. Barr had lived in Santa Rosa for 25 years. His works are in the collections of many museums, including the Smithsonian Institution in Washington, the Museum of Fine Arts in Boston, the Natural Art Museum in Goteborg, Sweden, the San Francisco Museum of Modern Art and the Museum of Fine Art in Sao Paolo, Brazil.
Erected in 1985 as San Francisco's first piece of public art financed by a corporation, the 26-foot-high Skygate is an arch-shaped structure near Pier 35 that was dedicated to longshoreman-philosopher Eric Hoffer.
At its dedication, Hoffer's friend, journalist Eric Sevareid, praised the work a"shining link between sea and sky."
Mr. Barr was born Sept. 17, 1921, in Milwaukee and studied and taught art in Wisconsin, New Mexico, Los Angeles, Paris, San Francisco, Hayward and Santa Rosa.
He was a Navy flier during World War II, spending part of the war as the flight deck officer of the USS Fanshaw.
After the war, he studied and taught art in Los Angeles, then Paris. He was a professor of art at American College in Paris in the early 1960s.
He returned to the United States in 1969. His third marriage in 1971 was to painter and printmaker Elizabeth Quandt. The couple traveled together in England, France and Japan.
He moved to Joshua Tree in 1994 after his wife's death.