The Wolfs are Coming

Year:
2010
Adress:
798 Art District (temporary)
Website:
Website
Aspects of this artwork
Massiveness can have an absolute nature. The question in The Wolves Are Coming by Liu Ruowang whether the lone person can keep standing up against the wolves. The artis can refer to different matters. It is at least something violent which man fears. This can be anything; natural disasters, other people, the government, big compagnies, etc. This work brings in a general topic with a strong emotion but gives no direction for a solution. 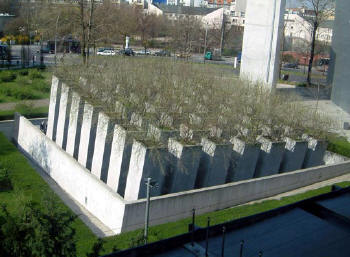 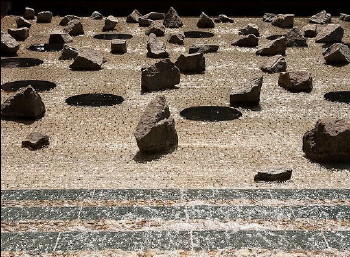 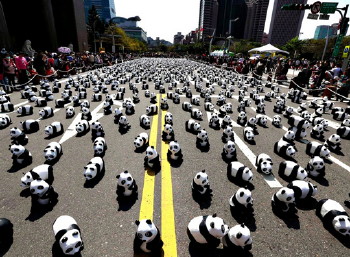 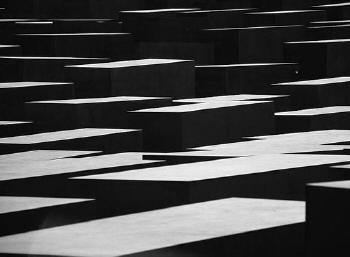 Picture 4
www.thehills.co.nz:
Artist Liu Ruowang has exhibited this and other work from 2010 on in Originality Square in '798-' the name for the outdoor exhibition space in Beijing: arguably a world powerhouse of art and sculpture. Liu Ruowang has been described as making the 'ordinary, extraordinary''.
Liu Ruowang's work draws on elements from traditional Chinese art and makes his own unique, often larger than life, interpretations.

www.liuruowang.com:
Liu wanted to put Wolves are Coming into fruition after conceiving it for three years in 2007, the eve of the financial crisis, when industries felt the sense of danger. People persuaded him at the beginning: it’s better to save the money since this work costs a lot and the art market is sluggish. But for Mr. Liu, he felt it was the best time or he would no longer find time and mood to do it. 'It’s no big deal being what was like a couple of years ago.' Liu, the man from caves in Northern Shaanxi Province didn’t listen to others. He doesn’t mind coming back to poverty as long as his works can be made. And it took him over three years to finish.
Problems came right after this work was done. The most urgent one is where to place it. The artist wants to showcase his works to as many people as possible, since in his perspective, works unseen are meaningless. It was displayed in some art zone for a while under invitation but suddenly was ordered to be removed. He didn’t know the reason until this year from some leaders in its county that villagers for petition increased due to forced demolitions, so the county leaders superstitiously believed that it was those wolves that disturbed that region’s peace.
Liu found another place to relocate his works—the courtyard of the Creative Plaza in 798 Art District. Wolves are Coming was right in the middle. This time, his works were once again gaining a more popular fame than his name. People who had been to 798 between 2010 and early 2012 all know those wolves, and Creative Plaza became a landmark where tourists take pictures with. Some tourists came to see those wolves even after those wolves came to New Zealand and they ask the working staff there: 'Where are those wolves?'
Sir Mike Hill was attracted to the work Wolves are Coming the first time he came to 798 and wanted to collect it. This set of works was finally going to New Zealand for exhibition after several consultations and they arrived at Queenstown, New Zealand after over two months of preparation and transportation. The exhibition was better received than he expected. Over 400 people from political, legal and commercial communities came there. They kept taking pictures with Liu and asking about his creation stories. John Key also repeatedly declared his love for this work.

Republic of San Marino Pavilion, Biennale Venezia 2015:
Born in 1977 in Shaanxi province, Liu Ruo Wang is a Chinese artist based in Beijing. After completing his graduation program study in CAFA (China Central Academy of Fine Arts) in 2005, Liu Ruo Wang received recognition from many institutions and his works were then represented in private, public and corporate collections around the world. His works are deeply rooted in Chinese cultural and historical context; remarkable works by the artist are The East is Red, People Series, Melody, Wolves Coming and Original Sin. His works include sculptures and paintings. One of his sculpture installations, Wolves Coming, shown in Beijing’s 798 Art District, is regarded as the landmark of the Art District and was later moved to New Zealand Queenstown, a tourist attraction where the film The Lord of the Rings was filmed, as part of Sir Michael Hill’s private collection in 2012. In 2011 and 2012, his works were shown in the National Museum of China, China National Art Museum, and other museums throughout China. In 2013, his works were exhibited at the South Korean Parliament for the purpose cultural exchange.

www.798-art-district.com:
798 Art District is characterized by its mottled red-brick wall, scattered orderly industrial plants, crisscross pipelines, slogans of different ages on the wall. It’s surely quite a sight to see the uniformed workers mixed with fashion visitors. History and reality, industry and the arts perfectly blend with each other here in Beijing 798 Art District. Beijing 798 Art District has a total construction area of 230,000 square meters. It has a far and wide reputation for its diverse cultural elements such as galleries, design studios, art exhibition spaces, artists’ studios, fashion shops, restaurants etc. In 798 Art District, there are nearly 400 organizations including galleries, artists’ private studios, cultural companies like animated cartoon, television media, publishing, design and consultation, which comes from China, France, Italy, Britain, the Netherlands, Belgium, Germany, Japan, Australia, South Korea, Taiwan, Hong Kong and other countries and regions. 798 Art District has become an exhibition center of Chinese culture and art, and an influential cultural creative concentration area at both home and abroad. Beijing 798 Art District is home to a number of celebrities of art and culture, art institutions and enterprises in fashion. Many important international art exhibitions, art activities and fashion shows are often held there, which attract many worldwide political leaders, movie stars and social celebrities. Since 2004, lots of celebrities have been to 798 Art District, including Prime Ministers from Sweden, Switzerland ,and Austria ,ex-prime minister from German (Schroeder), the president of European Union(Barroso), the Queen of Belgium, the former UN Secretary General Kofi Annan’s wife, French ex-president Chirac’s wife, Norway Prime Minister’s wife and Belgium Crown Prince. Besides, countless famous international enterprises like Sony, Motorola, West Wasted, Dior, Omega, BMW and Chinese Yahoo, had made promotions in 798 Art District. In 2006, Beijing 798 Art District was listed respectively as one of the first concentration areas of cultural creative industry by Beijing Civic and Chaoyang District Government, also named as 'Beijing 798 Art Zone Cultural Creative Industrial Base of Zhong Guan Cun Electronic City' by Zhong Guan Cun management committee. The atmosphere as a creative zone, cultural park is forming, In order to boost the prosperity and development of 798 Art District, Chaoyang District Government and Seven Star group co-founded the Beijing 798 Art Zone Development and Administration office, with the principle of coordination, service, introduction, management, to boost the development of contemporary art and culture creative industry in art zone.

www.mappingwords.com:
China’s rapid development and economic growth have sparked a creative explosion in the international art market. Beijing’s 798 Art Zone, otherwise known as Dashanzi art district, is part of this movement. Located in the Chaoyang district, the galleries exist in communist-era, Bauhaus-style factory buildings, originally named Joint Factory 798. Contemporary artists on the lookout for cheap rent, began occupying these deserted buildings in the 1990’s. Marketed towards tourists, with many galleries displaying modern oil paintings, the Chinese government supports the district both politically and financially. Despite the abundance of commercial art, there are several art centers, mainly western owned, that promote experimental, conceptual art. Additionally, an array of large-scale, utilitarian-themed sculptures are scattered outside.

www.beijingjourney.com:
Although most travelers come to Beijing to see its old iconic sites, it is well-worth the time to see the modern side of Beijing. A walking tour of Beijing's Contemporary 798 Art District is a perfect compliment to the art of Beijing's past. Wander the former factory workshops, and peruse the variety of art found here. Investigate the Bauhaus architecture, and take some time out to enjoy a drink, snack or a meal.