Year:
1504
Adress:
Piazza della Signoria, Loggia dei Lanzi
Website:
Website
Aspects of this artwork
This miracle of art David by Michelangelo di Lodovico Buonarroti Simoni retains its beauty, power and magic in every format it would have been implemented.

With the artwork Marwari Horse by Nic Fiddian-Green (London, picture 1, more information), the lawn is transformed into a poetic space. It will be wonderful to be together in the vicinity of this beauty. This artwork is a masterpiece that is realistic yet is poetic and aesthetic, has a large size and remains subtle. 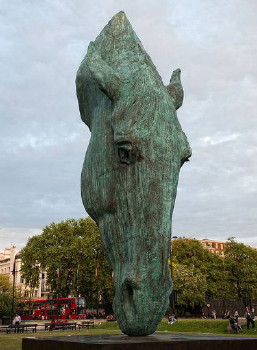 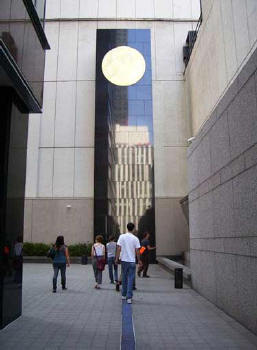 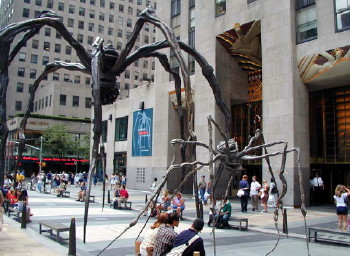 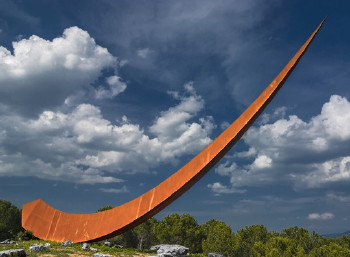 Picture 4
Picture 2
www.wga.hu:
Michelangelo breaks away from the traditional way of representing David. He does not present us with the winner, the giant's head at his feet and the powerful sword in his hand, but portrays the youth in the phase immediately preceding the battle: perhaps he has caught him just in the moment when he has heard that his people are hesitating, and he sees Goliath jeering and mocking them. The artist places him in the most perfect" contraposto", as in the most beautiful Greek representations of heroes. The right-hand side of the statue is smooth and composed while the left-side, from the outstretched foot all the way up to the disheveled hair is openly active and dynamic. The muscles and the tendons are developed only to the point where they can still be interpreted as the perfect instrument for a strong will, and not to the point of becoming individual self-governing forms.
Once the statue was completed, a committee of the highest ranking citizens and artists decided that it must be placed in the main square of the town, in front of the Palazzo Vecchio, the Town Hall. It was the first time since antiquity that a large statue of a nude was to be exhibited in a public place. This was only allowed thanks to the action of two forces, which by a fortunate chance complemented each other: the force of an artist able to create, for a political community, the symbol of its highest political ideals, and, on the other hand, that of a community, which understood the power of this symbol."Strength" and"Wrath" were the two most important virtues, characteristic of the ancient patron of the city Hercules. Both these qualities, passionate strength and wrath, were embodied in the statue of David.

www.wikipedia.org:
David is a masterpiece of Renaissance sculpture created between 1501 and 1504, by Italian sculptor, painter, architect, poet Michelangelo.
It is a 4.34-metre (14.2 ft), 5.17-metre (17.0 ft) with the base [a] marble statue of a standing male nude. The statue represents the Biblical hero David, a favoured subject in the art of Florence. Originally commissioned as one of a series of statues of prophets to be positioned along the roofline of the east end of Florence Cathedral, the statue was placed instead in a public square, outside the Palazzo della Signoria, the seat of civic government in Florence, where it was unveiled on the 8th of September, 1504.
Because of the nature of the hero it represented, the statue soon came to symbolize the defense of civil liberties embodied in the Republic of Florence, an independent city-state threatened on all sides by more powerful rival states and by the hegemony of the Medici family. The eyes of David, with a warning glare, were turned towards Rome. The statue was moved to the Galleria dell'Accademia, Florence, in 1873, and later replaced at the original location by a replica.